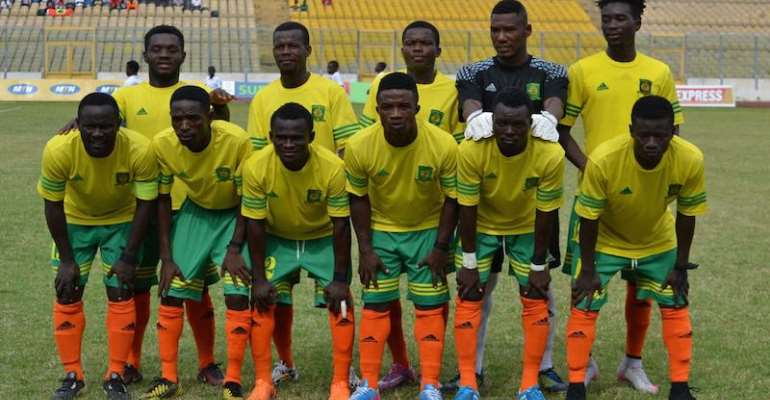 Cape Coast-based Ebusua Dwarfs have been charged to pay GHc2, 000 after supporters of the club invaded the inner perimeter during a League match with Inter Allies at the Cape Coast Stadium.

Supporters of the club confronted match officials despite winning the game 3-1.

The Disciplinary Committee of the Ghana FA on Friday ruled that the Cape Coast-based Club went against Article 35(1) (a & b) of the GR and Article 66 of the DC.

This has raised a sanction on their club who have been asked to pay GHc2, 000 in the next fourteen working days.

Premier League club could face further sanctions should they failed to meet the deadline issued by the Ghana Football Association.