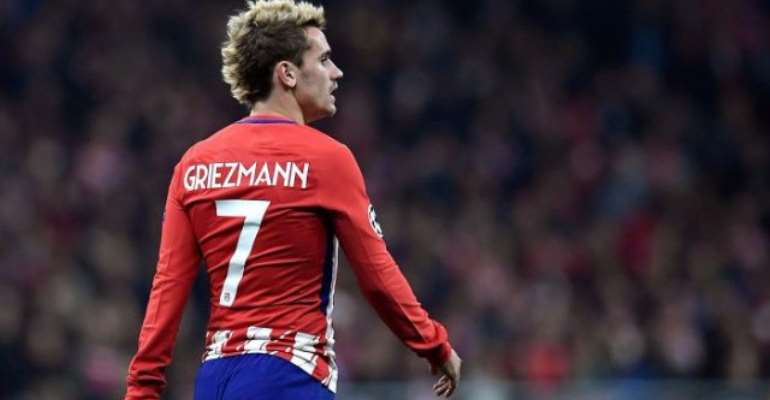 Atletico Madrid have reported Barcelona to FIFA for making an illegal approach for Antoine Griezmann.

Barca's director of institutional relations, Guillermo Amor, said over the weekend that it was "possible" president Josep Maria Bartomeu had held talks with Griezmann's family.

In line with FIFA's rules, clubs that wish to sign a player must first communicate that desire to the player's club before they can then begin to negotiate with the player if given the green light.

The club and FIFA both confirmed the news to ESPN FC and a spokesperson for Atletico told Mundo Deportivo on Tuesday: "Atletico Madrid have reported Barcelona for repeated contact with Griezmann and his people, contact which we are aware of. He is a player with a contract with Atletico Madrid and a long contract at that."

Unbeaten Atletico are currently second in the table, six points behind leaders Barcelona and Marca reported that they feel that the Catalan club's interest in Griezmann, as real as it may be, is also a destabilising tactic.

The action comes after Amor was asked about Barca's desire to sign the France international on Sunday following a Mundo Deportivo report that Bartomeu had held a meeting with the forward's family.

"If that's what [Mundo Deportivo] said, it's possible..." Amor told Movistar+. "Maybe there's been a meeting and things have advanced, although I don't know. There's a good understanding, maybe there have been talks.

"Rumours are inevitable in football. In the case of Griezmann, there are a lot of players we could be talking with, initiating some kind of relationship with if there's an opportunity.

"We're obliged to have contact with players. It's something which is done."

If found guilty, Barcelona risk being banned from signing players for the second time in the last five years.

The club were handed a one-year transfer ban by FIFA, which encompassed two transfer windows and was served in 2015, due to the illegal recruitment of foreign minors.

Griezmann, 26, looked set to move to Manchester United last summer but performed a U-turn at the last minute.

After Atletico had their appeal for their transfer ban to be overturned rejected, he signed a new deal at the Wanda Metropolitano, saying it would have been "dirty" to leave the club at that moment.

However, he has remained the focus of transfer stories, with his release clause having remained at €100 million when he signed the new terms.

Diego Simeone said recently that he would not stand in Griezmann's way if a "unique opportunity" came along, prompting suggestions that he will leave at the end of the current campaign.

Griezmann apologised on Sunday after sparking a Twitter backlash by posting a picture of himself dressed as a black basketball player.