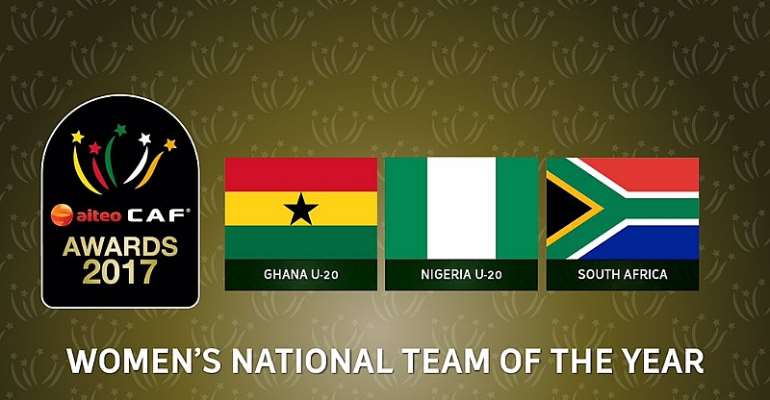 The Black Princesses are still in contention for the Women's National Team of the Year at the CAF awards gala.

Yusif Basigi's side remained in the race after Monday's final three-man shortlist was announced at a ceremony in Accra.

Their competitors are Nigeria's U-20 and the senior national team of South Africa.

Kenya and Zimbabwe were evicted from the preliminary list announced last month.

The Princesses were selected after their smooth run in the qualifiers of the 2018 FIFA U20 Women World Cup finals.

The winner will be decided by votes from the members of the CAF Technical & Development Committee, CAF Media Experts Panel and Independent Media and TV Consultants.

The Awards Gala will take place on Thursday, 4 January 2018 in Accra, Ghana.

It has begun! Top 3 finalists for Women's national team of the Year award #AiteoCAFawards2017 pic.twitter.com/6sTZad9HMC