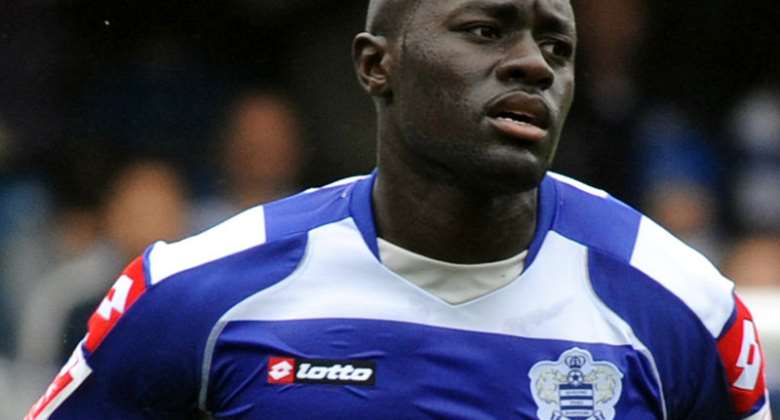 Patrick Agyemang has been signed by ambitious Baffins Milton Rovers. And the Wessex League premier division club are hoping he can spearhead their attack in Saturday's FA Vase trip to Horley.

Agyemang made 69 appearances and scored eight times for Pompey before departing in March 2015. During his time at Fratton Park, he established himself as a favourite among supporters through his battering-ram style and ability to hold up the ball.

Now aged 37, Agyemang has maintained his Blues links through regularly representing Tony Male's Pompey Charity side. He was present at the opening of Baffins' new £100,000 clubhouse at the Kendall Stadium on Sunday, bagging four goals for Pompey's old boys against a Baffins Milton Rovers XI in a 7-3 win.

And afterwards, the striker was persuaded to sign terms with Louis Bell's non-leaguers. Male, who acts as the club's commercial manager, said: 'I know Pat very well from his Pompey days and we had kept in touch.

'When he agreed to turn out for the ex-pros side I couldn't believe it - and he features regularly for us. 'Baffins have been short of a striker, so after the game, I asked Pat if he fancied it and he signed him on the spot.

'Obviously, Pat won't play all the time but will try to make crucial games if needed, which would be fantastic for us. 'He's still a very good player.

"Even in charity games against younger teams, opponents cannot get the ball off him. They cannot believe how good he still is.

'He always puts himself about and keeps himself fit through overseeing fitness classes, so that won't be a problem. 'Pat's a lovely guy and this is a massive coup for the club. He is signed and available - I'm just waiting to see if can feature on Saturday.'

Baffins, who are currently eighth-placed in the premier division, travel to Horley on Saturday (3 pm) in the FA Vase third round.