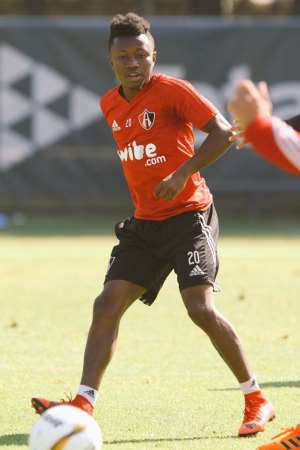 Former Ghana youth star Clifford Aboagye has returned to full-scale training with Mexican side Atlas FC after recovering from a long injury lay off.

The former Granada midfielder went under the knife to treat a knee injury he sustained in Atlas FC's 1-0 defeat against Club America in August.

Earlier this month, the diminutive midfielder posted a picture of himself and former Barcelona ace Rafael Marquez in the gym work-out as he builds up his fitness level ahead of his anticipated comeback.

The club took to Twitter to share the good news that the player has joined his team-mates on the playing field.

Good news! Clifford slowly and begins to train normally. Joy to know that soon you'll be back @ cliffortis