Real Madrid Wanted To Sign Me From Sunderland - Asamoah Gyan 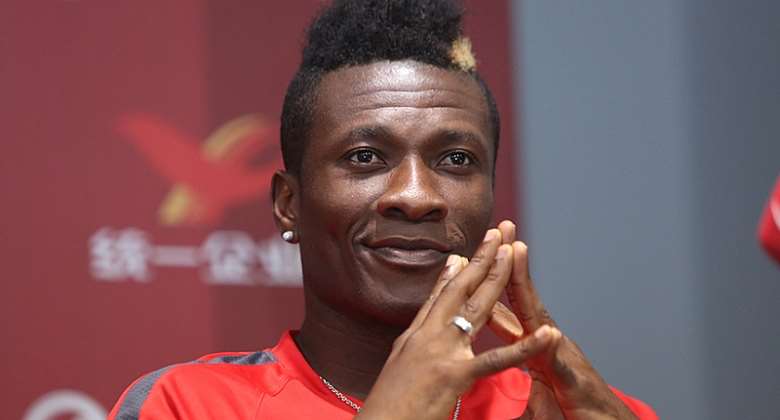 Black Stars captain, Asamoah Gyan has revealed Spanish giant, Real Madrid were interested in his services after his successful spell at English Premier League side Sunderland seven years ago.

The former Liberty Professionals striker exhibited impressive performance during the 2010 FIFA World Cup finals in South Africa before signing for the Black Cats.

He went on to become their key man as he banged in the goals and emerged the club's top scorers.

Gyan hit the grounds running after joining Sunderland but he was loaned to UAE giants Al Ain- a move which was later made permanent.

Speaking to Roker Report in an interview, he said, ''I felt like the club wanted to do business at that time rather than have the player. There was some interest in me the January beforehand; Liverpool, Tottenham and even talk of Real Madrid, but I was playing well and when you play well naturally clubs are interested in you - but I didn't expect the club to let me go the way they did

''When Al Ain made the offer, Sunderland came to me and told me it was a loan deal for one season and I think the fee they were offering blew their minds considering it was only a loan deal. They were looking at the figures.