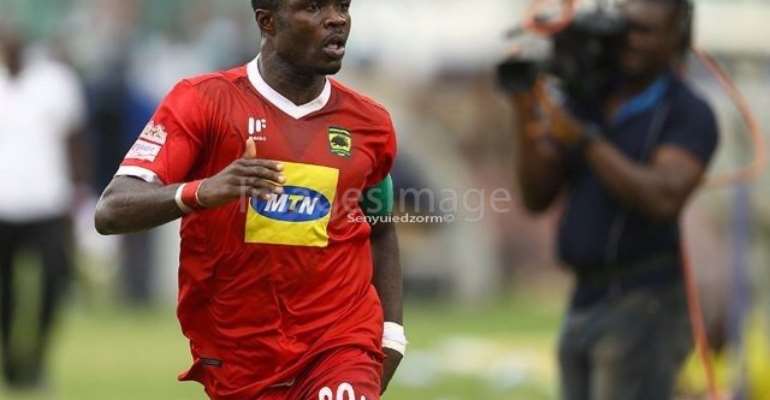 Asante Kotoko captain Amos Frimpong is buoyant of his side's chances in the MTN FA Cup final against arch-rivals Hearts of Oak at the Tamale Sports Stadium on Sunday.

The nation's two most glamorous clubs will engage each other in the grand final of the knockout competition on Sunday.

The encounter will be the third competitive game between the two sides following their two clashes in the Ghana Premier League, where Hearts of Oak picked four points against their sworn rivals, beating them 1-0 at the Accra Sports Stadium before drawing 1-1 in the return encounter at the Baba Yara Sports Stadium.

And Frimpong has reckoned the tough challenge of facing their rivals but says they are well poised to carry the day.

"Matches of this nature can only be predicted on the pitch because it is always difficult. It is too close to with the tension involved," Frimpong told Graphic Sports.

"I can't predict any outcome yet but I have a strong feeling we will carry the day, with the kind of preparations we are putting in place as a team."

The last time the two sides met in the FA Cup final was in 1990, where the Porcupine Warriors defeated the Phobians 4-2.