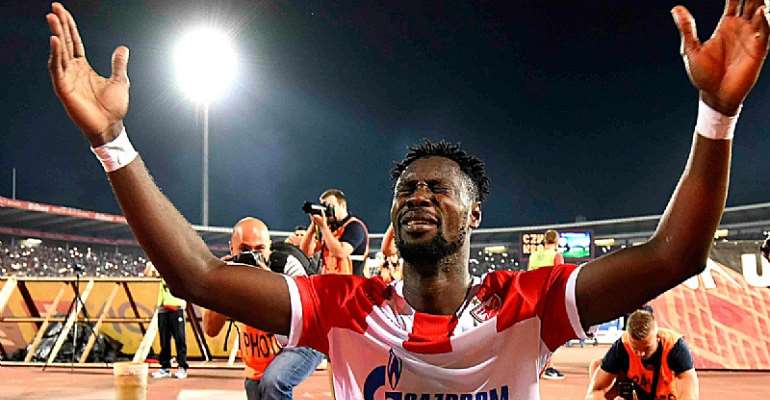 Red Star Belgrade have congratulated striker Richmond Boakye-Yiadom on his new feat as the club's most prolific all-time foreign-born player.

The Ghana international has 29 goals, the highest ever tally for a non-Serbian at the club.

A statement on the club's Twitter account read: ''Congratulations, you became a part of our history! @Boakye_Yiadom9.....29 goals for #fkcz.''

Those staggering figures were recorded under the half-season loan spell from Latina Calcio, stretching January to June 2017, and under the current permanent contract.

The 24-year old striker scored in the Serbia SuperLiga visit of Spartak Subotica on Wednesday to become the top foreign scorer in the 72-year history of the club.

Congratulations, you became a part of our history! @Boakye_Yiadom9