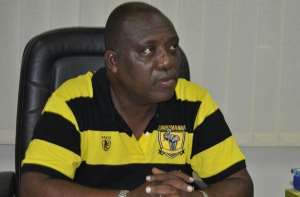 Chairman of the Ghana League Clubs Association (GHALCA), Kudjoe Fianoo has called on the Disciplinary Committee of the Ghana Football Association to clear all pending cases before the last round of matches takes place.

With various protest filed by the Premier League clubs pending before the Disciplinary Committee awaiting the verdict, as the outcome could affect the league standings especially at the bottom of the league.

However, Mr Fianoo who doubles as the Chief Executive Officer for Ashgold believes it will be prudent to deal with outstanding legal issues before kicking off the last round of matches to prevent any form of protest in the future which could derail the progress of the league.

“Football is governed by laws, and their disciplinary cases before the Disciplinary Committee of the GFA which I think has to be dealt with before the last round of matches.” He told Kumasi based Ahotor FM.

“These are the kind of things that don't help the league progress because respective clubs might have target going to the last round which could affect their approach.

“I have had a meeting with the boss of the Premier League Board and they are deliberating on the issue to see the way forward,” he added.

I Felt Very Safe Under Mahama – Manasseh
55 minutes ago