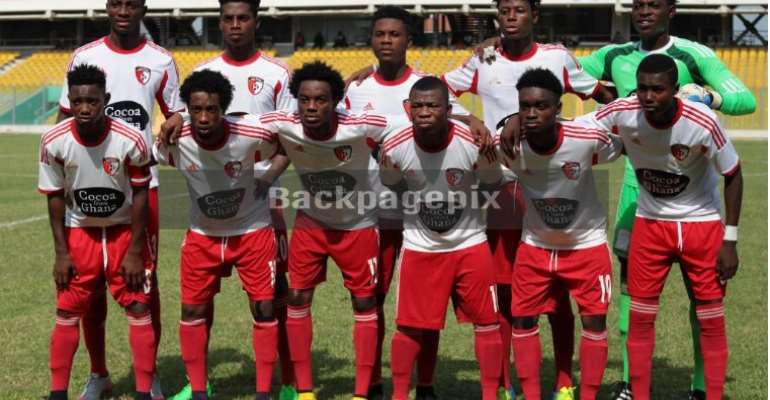 The Sogakofe-based side's aim of lifting their first league trophy was dealt a great blow when they were pipped 1-0 by table toppers Aduana Stars on Matchday 27 at the Nana Agyemang Badu Park.

By virtue of the loss, Aduana stretched their lead at the summit of the table to four points, with three games to end the season.

However, Ofosuhene, who also doubles as the club's Premier League Board member, believes they still have a shot at the title though he reckoned that they face a stern challenge to leapfrog Aduana.

"At this moment, we have about 40 to 50% chance to win the crown, we're still in the second position with three games to go so mathematically, we can still make it," he told Happy FM.

"Now the point difference has widened to four and it has made it difficult for us but it's not over like I said."

The Academy Boys will welcome Wa All Stars to the Sogakofe Red Bull Arena on Matchday 28.