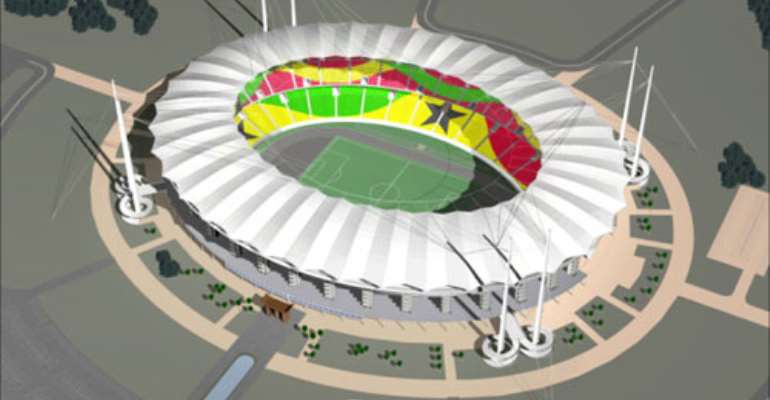 Ghanaian organisers of the 2008 African Cup of Nations say preparations for the tournament have been stalled by a lack of funds.

Dr Kofi Amoah, the chairman of the Local Organising Committee (LOC), told a news conference in Accra that with less than three years to the start of the tournament, important projects were yet to begin.

Ghana needs over US$100 million to build two new stadiums in Sekondi and Tamale, as well as renovate existing grounds in Accra and Kumasi.

Amoah said "budgetary considerations and bureaucracy" were responsible for the unsatisfactory state of affairs.

"We have about 32 months to the tournament and have been advised by experts that it takes 36 months to build a new stadium.

"This raises genuine cause for concern and the LOC wishes to humbly re-emphasise to government the indispensable need to prioritise this project," Amoah said.

While the LOC said it has secured sites for the construction of new grounds in Sekondi and Tamale, Dr Amoah could not confirm when building work will begin.

But he is adamant that Ghana will be ready for the tournament.

"We must, at all cost, avoid potential embarrassment to Ghana on the international stage.

"We shall, we can and we will perform magic," Amoah said.