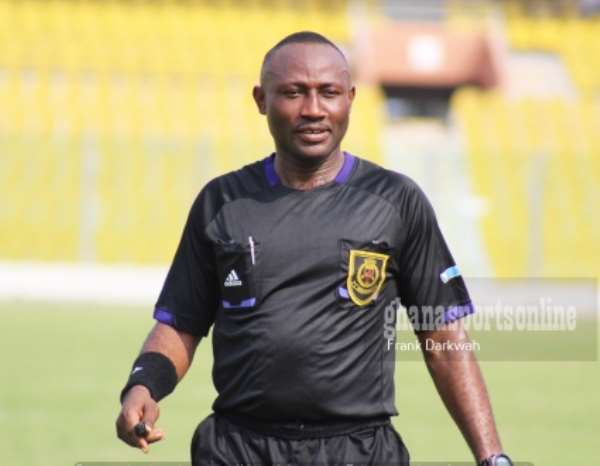 Asante Kotoko center back Ahmed Adams says he is hugely disappointed in the decision of referee Samuel Sukah to award Hearts of Oak a penalty in Sunday's Super Clash.

The intelligent defender was at the center of Sukah's decision after the center man misjudged blocking a shot with his back as a hand ball.

The disappointed defender unhappily reacted angrily towards the referee and attracted a yellow card in return.

'I was hugely disappointed in the referee in all honesty. The ball never hit my hand. I went for the block with my back so I was shocked when he awarded that penalty,' Ahmed said.

'It is a decision we can never forget. It has cost us three points to our bitterest rivals and that is really painful.'

Ahmed however believes the decision could be one of the errors in the game.

'He is a human being and is bound to make mistakes as we all do. So we can pardon him. The problem arises when such mistakes are repeated,' he added.

Hearts of Oak took advantage of the penalty to end their winless run against the Porcupine Warriors at the Accra Sports Stadium since 2009.

Give EC Benefit Of Doubt On 24-hour Results Promise – CDD-Gh...
5 minutes ago