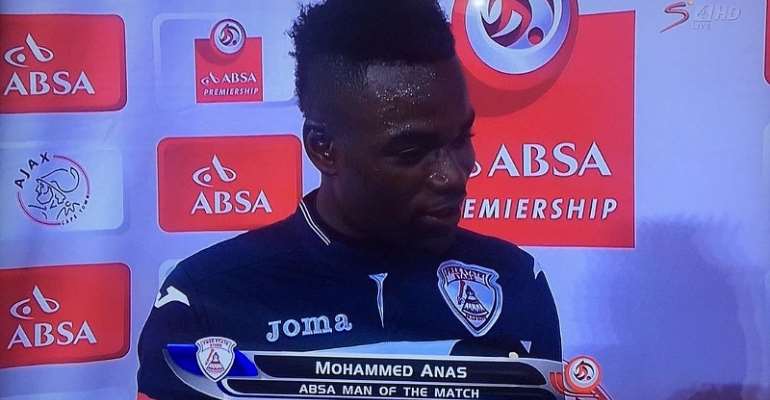 A misplaced pass from Jody February handed Stars the advantage in the 18th minute, when the keeper found Paulus Masehe, who then picked out Mohammed Anas and the striker finished with aplomb from just outside the box.

Mark Mayambela drew Ajax level after the half-hour mark when his shot took an awkward bounce that left Thela Ngobeni clutching at air before the ball hit the back of the net.

Anas bagged his second after pouncing on a rebound as February palmed Dlamini's volley into the striker's path.

The former Maritzburg man was named Man of the match.

Compatriot Lawrence Lartey was a a substitute in the 92nd minute for Ajax Cape Town.