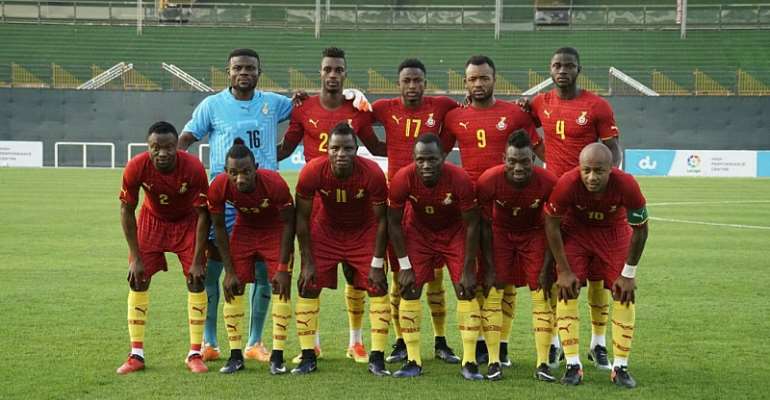 Teams for the 2017 Africa Cup of Nations continued their preparations for tournament with warm up games on Tuesday.

Togo came from two goals down to edge Senegalese Ligue 1 side Diambars FC 3-2 in an entertaining friendly in Senegal.

The club side got themselves two goals up in the first with Pathe Cisse and Dame Gueye on the scoring sheet.

Second half substitutions by trainer Claude Le Roy got the Togolese into the game.

Zimbabwe held Cameroon to a 1-1 in Yaounde on Tuesday.

The Warriors shocked the home side with an early lead in the 14th minute when Tendai Passion Ndoro found the back of the net.

In the 26th minute, Cameroon were awarded a penalty after Edgar Salli had been brought down inside the box.

Benjamin Moukandjo stepped out to put the Indomitable Lions on level.

The second half was actually boring as both countries missed lots off opportunities.

Algeria were ruthless when they thrashed Mauritania 6-0 in a second friendly encounter in the space of four days.

Braces from Islam Slimani and Riyad Mahrez and one goal each from Yacine Brahimi and El Arbi Hillel Soudani were enough for the Maghrebian side in the rout.