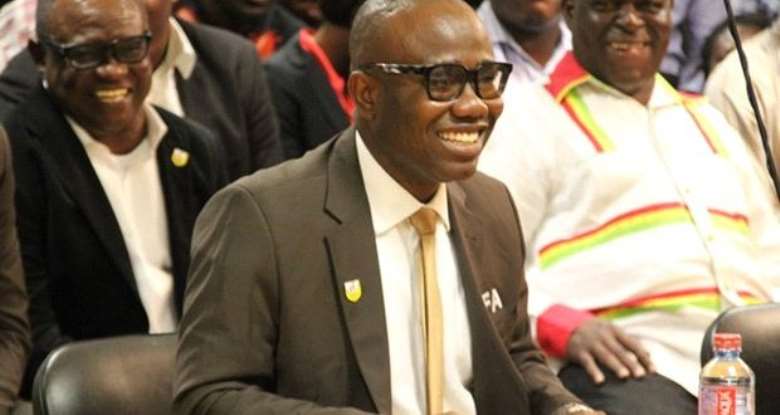 Kwesi Nyantakyi, President of the Ghana Fooball Association is highly tipped to win one of the slots on the FIFA Executive Council.

FA Communications Director also told journalists that Kwesi Nyantekyi has everything that it takes to win one of the two slots and his popularity keeps on souring day by day. He was also happy that one of the candidates dropped from the race.

“I will say if people were to be making polls, they will probably say Kwesi is leading the polls. He has campaigned very well, he has washed his hands perfectly with the elders not only in football in Africa but in the world. From the information we are having, he is likely to coast to a handsome victory.” Sannie said.

Nyantakyi, who doubles as Ghana FA boss, will vie for the top executive position with four other candidates. He passed the FIFA Integrity check last week to pave the way for him to contest for the position on the governing council.

"He has done a lot and will win the seat for Ghana and Africa, elections are funny but I'm confident he will win."

Vice President of the GFA George Afriyie said he will be there in Cairo to vote for his president and a victory for Kwesi Nyantekyi is a victory for Ghana and Africa.

When elected, Africa’s representatives will join 32 other members to form the FIFA Executive Council which replaces the old 24-member Executive Committee as part of the reform process at FIFA.

They will be responsible for setting the overall strategy direction of football’s world governing body now headed by Gianni Infantino. The election is on September 29.