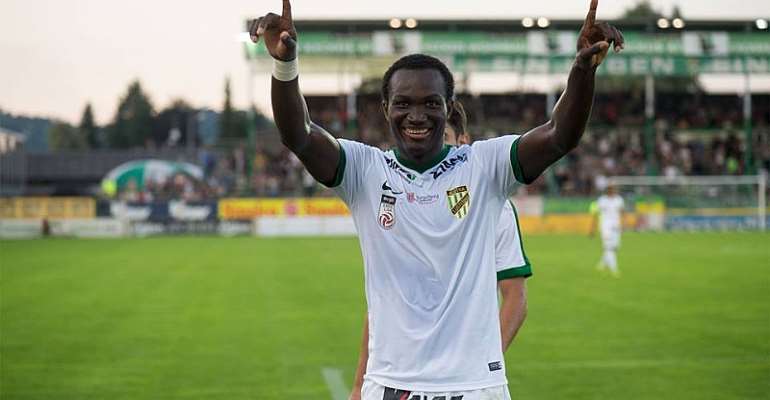 Ghanaian youth forward Raphael Dwamena's hopes of Cup success was dashed on Tuesday night after his Austria Lustenau side were beaten on penalty shoot outs by third-tier side Amstetten.

The 21-year-old forward lasted the entire period of the game for Lustenau who managed a 2-2 draw at Ertl Glas-Stadion before the home side won the game on penalties.

Dwamena, who has now scored 7 league goals and 2 in the Cup competition, must now channel all his energy to help Lustenau achieve their dream of securing promotion to the top-flight.