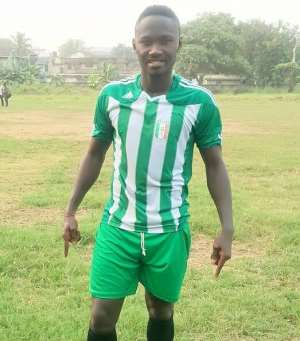 Sekondi Hasaacas striker Eric Bekoe says the club must work to ensure they stage a quick comeback to the elite division.

The Sekondi based club will play in the Division One league next season after finishing 15th with 36 points on the league log.

Hasaacas will be hoping to make a quick turnaround in their quest of spending just a season in the lower league.

“It is sad we are going down but we have to work hard a make a quick comeback to the league,” he said

“It won’t be easy but if we get everybody playing their role well, I am hopeful of our return to the league just after a season.

“This is a season to forget and that is what as players we are going to do.”