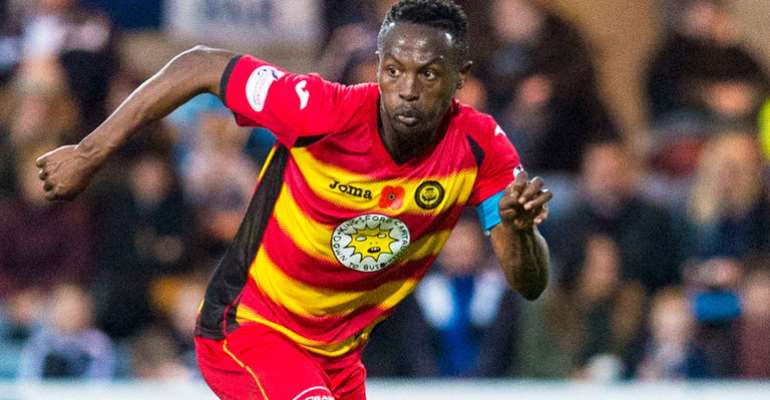 Ghanaian midfielder Abdul Osman was sent off while in action for Scottish side Partick Thistle in the Scottish Premiership on Saturday.

The experienced midfielder, 29, was captaining the Jags against Kilmarnock at the Rugby Park and he received his marching orders after being booked twice late into the game.

Referee Andrew Dallas wasted no time in sending him off for his first red card of the season.