Ghana delighted as Kwadwo Asamoah gets back to form 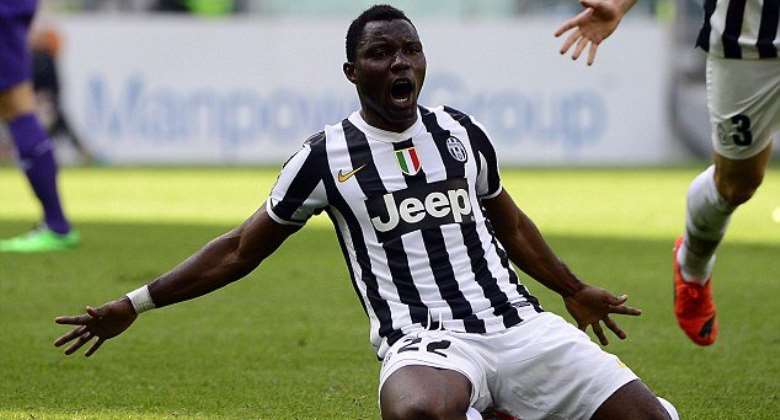 It may be too soon to celebrate given he recent history with injuries, but Ghana star Kwadwo Asamoah seems to have put his nightmares behind him and is playing consistently again for Italian champions Juventus.

Since suffering a serious knee problem in late 2014, the talented and versatile attacking midfielder, who is comfortable anywhere on the left, has been repeatedly dogged by injuries.

This season however he has toughed out a pre-season campaign and has played all 90 minutes in two of his club's three Serie A games. He was rested at the weekend ahead of Wednesday night's UEFA Champions League 0:0 draw with Spanish side Sevilla, in which he featured for 63 minutes before being substituted.

In his element the 27-year-old is one of the finest in the game. A fluid attacking player, possessing superb vision and a powerful left foot, Kwadwo has been a key player for his country and at every one of his clubs.

Ghana fans will be hoping the injuries are a thing of the past as the 2017 Africa Cup of Nations draw near. Kwadwo missed the 2015 finals because of injury and has not played for the Black Stars since the end of the 2014 World Cup.

Current Ghana boss Avram Grant looks to be giving him time to get over his problems and settling at his club before recalling him to the national team.

ANALYSIS
Joy Sports Gary Al-Smith spoke to Serie A specialist Marco D'Onofrio recently about how Kwadwo Asamoah is doing at the start of the new season.