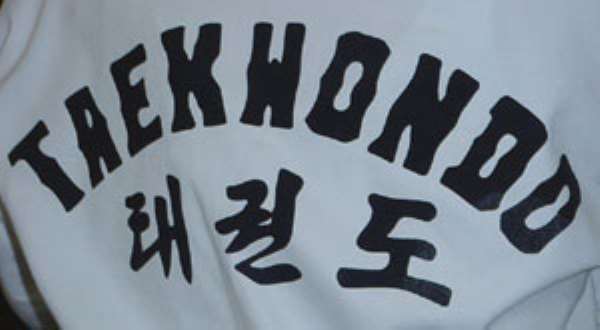 Patrick Ampim from Takoradi placed second while Zongo Adnan of the Rangers Club of Accra won Gold to place first in the men's Welterweight Division with Theophilous Addo taking the silver prize.

The rest of the winners were Alhassan Okine took the Gold and George Abbey Silver in Featherweight Division while Emmanuel Adorfu and Solomon Sherrif took Gold and Silver respectively in the Flyweight category while Mohammmed Fuseini and Aaron Loli placed first and second in the Lightweight Division with Patrick Kweku and Richmond Attipoe collecting Gold and Silver in the Finweight division.

He advised Taekwondo practitioners to improve upon building their unity in the interest of the Association so as to encourage especially the youth to participate in the sport.

Fred Afari, a U.S based Taekwondo player who organised the championship in conjunction with the TAEKWON Security Services of Abbosey Okai appealed to well- endowed Ghanaian Taekwondo players and officials to assist the association to develop and grow.

Afari, a former Instructor of the U.S. Taekwondo College based in German Town, a suburb of Maryland added that, "our local Taekwondo players can do better abroad considering the intensity of the train they have acquired and they should therefore build upon it to compete with favourable with their counterparts in the United States of America who no better than them".