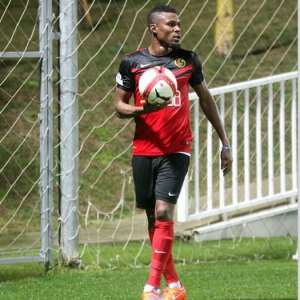 Balikesirspor want to fortify their ranks for next season's 1.Lig campaign after they got eliminated at the semi-final stage of the promotional playoffs.

Akaminko has been without a club since leaving Turkish top-flight side Eskisehirspor in January this year.

He sat out the entire 2014/2015 season without kicking a ball as he went through rehabilitation after sustaining an injury during a pre-World Cup friendly.

Akaminko started his Turkey in adventure in the 2008-2009 season with Orduspor before switching to Manisaspor from where he was signed by Eskisehirspor in the summer of 2012 for 1 million 350 thousand Euros.