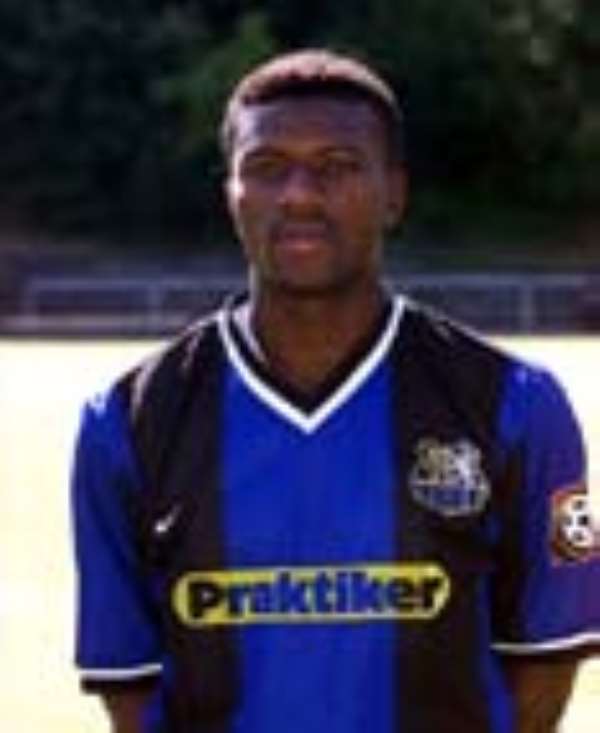 17. Dezember 2004 F.A.Z. Weekly -- German soccer officials are examining allegations that a second-division game played on Sunday could have been fixed. The German Soccer Federation announced earlier in the week that it would examine the game between FC Erzgebirge and Rot-Weiss Oberhausen because of the unusual way that two goals were scored and the large number of bets made on the contest. But Horst Hilpert, chairman of the federation committee looking into the matter, was quoted in Thursday's edition of the Bild newspaper as saying that he did not see sufficient evidence for investigating. Hilpert said he came to the conclusion after examining game footage and explanations made by the players.

Before the game started at 3 p.m., a number of European betting agencies received high sums of bets on it. As a result, suspicious German and Austrian bookies pulled the game from their list shortly before play began. The British agency Betfair, however, reportedly accepted a bet of €500,000 ($670,000) on the game, resulting in a payoff of €1 million.

”The money for so-called handicap bets was 10 times higher than normal,” said Nicole Engelbart, manager for the Austrian firm Pagobet. ”That's why we stopped taking bets shortly before the game.”

The lucrative handicap bet correctly predicted Aue would win 2-0. The eastern German team scored in the eighth minute when Oberhausen's defender Anthony Tiéku headed the ball past his own goalkeeper. ”I tried to head the ball out of the box. But it landed in the goal. Anything can happen in soccer,” Tiéku told the Bild.

The second goal was scored off a penalty kick in the 57th minute. Andre Izepon of Oberhausen, a city in the northwestern Ruhr region, was penalized for grabbing and holding onto the opponent's jersey.

Oberhausen's manager, Manfred Rummel, called the speculation ridiculous. ”To allege something like that is an insult. That's a totally ridiculous story,” Rummel told the dpa wire service. ”To be able to assure such a score, all athletes from both teams and the referee would need to know. I think that's totally absurd.”

He also said that Tiéku was very upset during halftime about his mistake and that the Ghana native would not risk putting his application for a German passport in jeopardy by nabbing some quick cash.

Officials of the German Soccer League asked the German Soccer Federation to investigate the rumors. A special committee will continue to review the game, but initial findings on Thursday make any official charges unlikely. Heribert Bruchhagen, the league's former managing director, said that he doubted there was any foul play. ”It appears to me like an announcement that a betting office with bad sales wanting the attention would make,” he said. ”Own goals are nothing new.”

We stand with Ayine against judicial tyranny, plans to gang ...
8 minutes ago