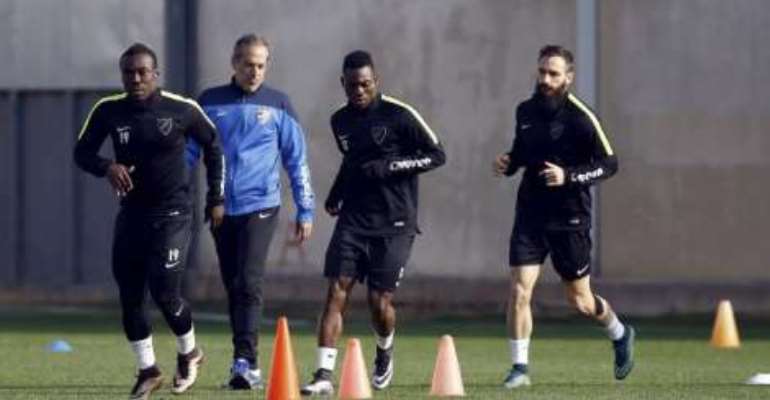 Ghana international Christian Atsu missed a chance to make his debut for Spanish La Liga side Malaga on Saturday in the game against Eibar.

The Chelsea player completed a loan transfer move to Malaga after links with Real Betis, Levante and Espanyol in the same league. Atsu after his transfer trained with the club and was named in the Malaga squad that travelled to Eibar for the game on Saturday .

Malaga manager Javi Gracia however named the Black Stars winger among his substitute as the player could not get an opportunity to play his first game for his new loan club.

Malaga won their Spanish La Liga game against Eibar with Juanpi and Roque Santa Cruz scoring the goals for Atsu's side in their 2-1 victory.

Christian Atsu joined English Premier League club Chelsea in 2013. The player then had a great loan spell with Dutch side Vitesse before joining Everton on loan last season. The loan spell at the Merseyside did not go as planned as the Ghanaian player could not make the required appearances as he looks to make the Chelsea first team squad.

Atsu joined Premier League new boys AFC Bournemouth at the start of this season but Chelsea had cut the loan short due to lack of games before sending the player to Spain until the end of the season. Follow @kboakye92