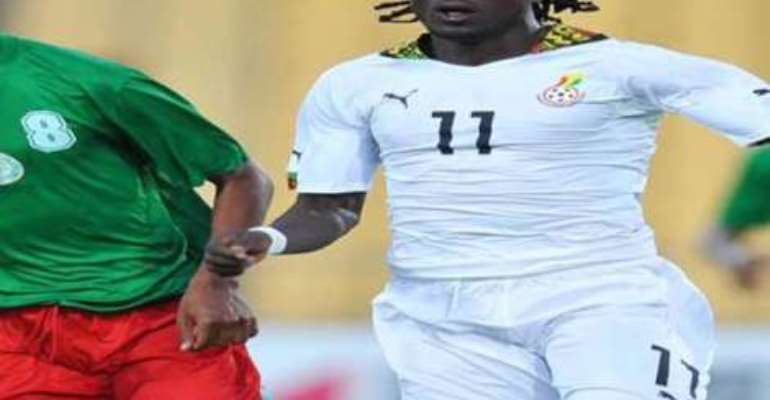 Ex-Asante Kotoko and Medeama SC striker, Nathaniel Asamoah has rubbished media reports that he is in talks with Hearts of Oak over a possible move.

Reports were rife in the local media that the 27 year old goal poacher is on the verge of signing a three year deal with the Accra based club.

Asamoah is currently a free agent after his contract with Moroccan giants Raja Casablanca got terminated last December and he has since arrived in Ghana planning for his next move.

And according to local media reports Asamoah is on the verge of completing a sensational move to Hearts of Oak who have been searching for a striker to augment their squad but the former Wa Allstars striker has rubbished those media reports over his transfer to the former premier league champions.

'It is not true, I have not spoken to any person from Hearts of Oak, those reports I don't know anything about, this is what I can say, I don't want to go further,' Nathaniel Asamoah told Pulse Sports Ghana.