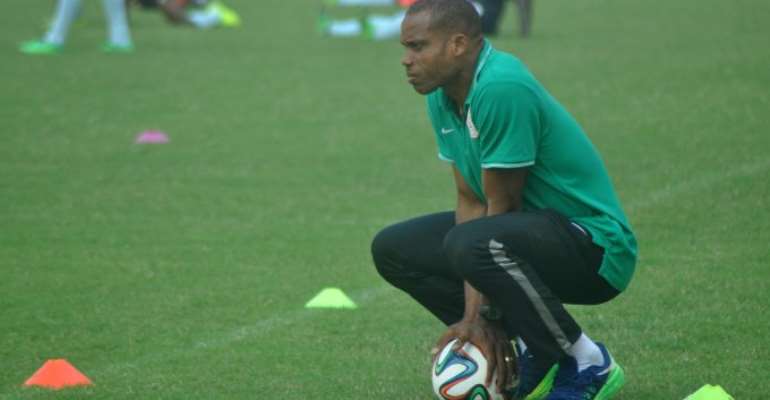 A blunder by goalkeeper and captain Itumeleng Khune after five minutes cost South Africa a goal in Nouakchott and set the home team on the road to their greatest Cup of Nations triumph.

Khune (below, pictured) allowed a long-range Ali Abeid free-kick to slip from his grasp into the net and Bafana Bafana (The Boys) had debutant Siyabonga Zulu red-carded after half-time for a last-defender foul.

South Africa equalised midway through the second half when Thamsanqa Gabuza soared above goalkeeper Mohamed Salahdine to nod in a cross.

But a Mauritanian team ranked 42 places below their opponents in the world finished strongly and superb individual goals by Boubacar Beyguili and Ahmed Khalil sealed victory.

Success lifted Mauritania from the bottom to the top of Group M on goals scored although Cameroon will regain first place if they do not lose in Gambia Sunday.

The Black Stars were awarded a free-kick just outside the box on a poor pitch and Wakaso curled the ball past the wall and wide of goalkeeper Olivier Kwizeri into the corner. 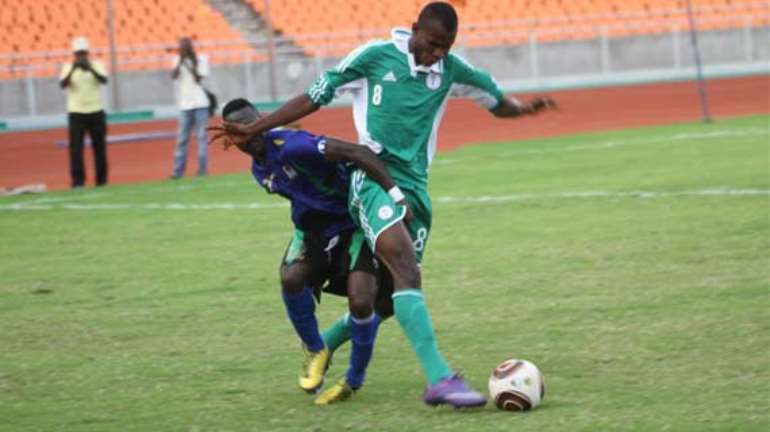 The result was another feather in the cap for caretaker coach Charles Boniface Mkwasa, who ended a string of Taifa Stars losses with an African Nations Championship draw in Uganda.

A point took Nigeria to the top of Group G, but record seven-time African champions Egypt will overtake them if they dodge defeat in Chad on Sunday.

Kouyate struck in the first half and Mane in the second in Windhoek as the Teranga Lions maintained a perfect Group K start with a second win.

Burundi are second, three points adrift, after a 2-0 victory over Niger in Bujumbura thanks to goals from South Africa-based duo Fiston Abdul Razak and Papy Faty.

[PHOTO]http://img.modernghana.com/images/content/
The cash-strapped national team triumphed 1-0 in Group D courtesy of a goal midway through the first half from recalled Iceland-based Tonny Mawejje.

Follow Gary on Twitter: @garyalsmith. Get more updates on Facebook/Twitter with the #JoySports hashtag. Follow the rest of the Afcon updates on the Joy Sports Arena on Sunday from 3pm.