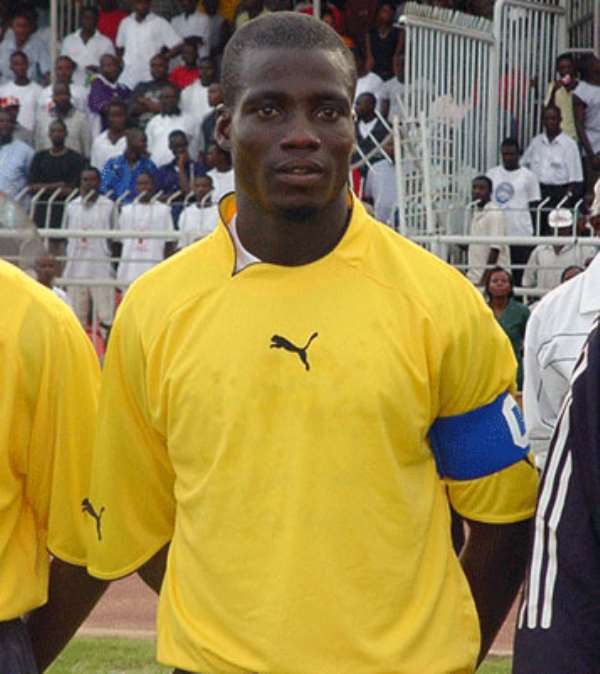 Ghana captain Stephen Appiah will be back in the squad for the 10 October World Cup qualifier against DR Congo in Kumasi.

The Juventus player missed the Black Stars last qualifier against Cape Verde due to injury.

Caretaker coach Sam Arday has kept faith with most of the players used by previous coach Mariano Barreto, making just three changes to the side that beat Cape Verde.

Udinese midfielder Sule Muntari, who has played in all but one of Ghana's four qualifiers, also returns to the side after resolving his differences with the Ghana Football Association.

The midfielder was mysteriously left out of Ghana's Olympic squad, prompting him to announce he was no longer interested in representing Ghana.

A squad of eight home-based and 12 Europe-based players will begin camping in Kumasi on 3 October.