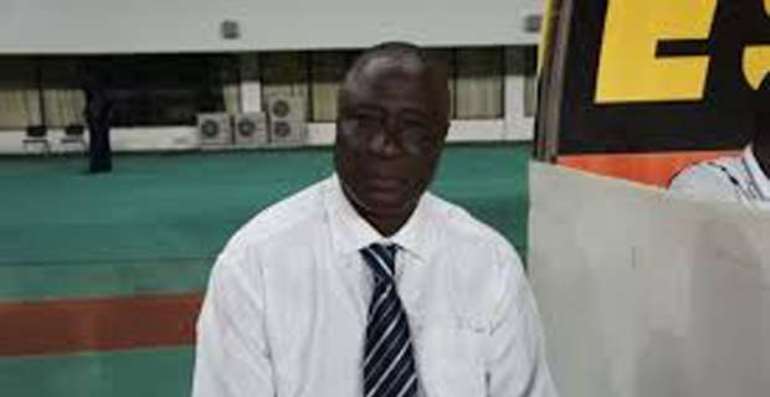 Coach Bashiru Hayford has sent warning signals to some Sports journalists in Kumasi for their insulting behavior.

The former Asante Kotoko and Medeama sc coach has alleged that a sports presenter during a radio show told the CEO of Ashanti Gold fc, Cudjoe Fianoo to sack him because he is a poor performer in the second half of the league.

The aggrieved Coach in his response has hit out at journalists, describing them as unprofessional, hence should learn from the Western media and has therefore decided to beat them up in any encounter outside the stadium.

'Majority of the Sports Journalists in the country don't respect at all. Some of us were given good training at home hence can't respond with insult, so for me when you do that, I will beat you in a corner," Bashiru Hayford told Metro fm.

'I won't beat such journalists in the stadium, but rather outside, where the Police would arrest us for fighting. I am saying all these things with bitter heart because some people don't feel it when insulting someone who is older than them.

'A sports Journalist called Cudjoe Fianoo to sack me because I don't do well in the second round of the league and he replied that if I were his father, would he have wanted me sacked?

'Coaches depend on analysis of pundits, but we don't have sports analyst in the country, they just put that name on them.

'The true analysts are able to tell you that coach in the first half your team committed this number of infringements and the opponent was attacking mostly from the left or right. The ones we have in the country are those who go round insulting people on radio.'

Bashiru Hayford also disagrees with people who are critical of his performance in the second half of the Ghana Premier league.

'There is no scientific proof that I don't perform well in the second round, so I want someone to proof me wrong.

The Ashanti Gold coach's only silverware was guiding Asante Kotoko to win the 2007/08 Ghana Premier League.