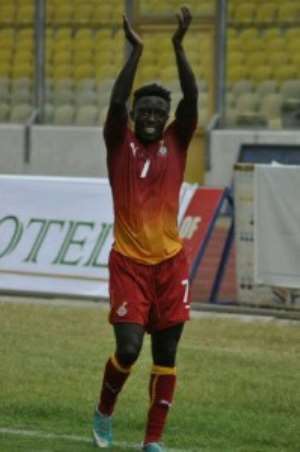 Saka, an experienced defender as well as goalkeeper Adams have been linked with a move away from the club.

But the Dorma-based side have insisted local clubs lack the financial warchest to prize their two assets away following growing reports linking them to Kotoko and Hearts respectively.

Aduana Stars chief executive Albert Commey has revealed the two players will only leave for 'the right price'.

“I don't think we can restrict any player from moving to any other side but the conditions must first be met. Last season, we had offers for the players, but they were not up to the value of the players,” he said

“We shall only allow the players to go if the offers meet the value of the players. For a player who has played for the local Black Stars and for the Black Stars even during the Afcon qualifies, their worth must not be underrated.”