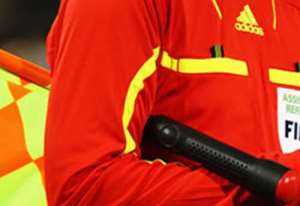 The Takoradi based referee and her two assistants, Dinah Sigah and Margaret Aidoo were robbed on Saturday 25th April on the Bekwai-Fomena road on their way to Kumasi enroute to Takyiman to officiate a league game between Ampim Darkoa Ladies and Lepo Ladies.

Theresa Bremansu, who was a victim of that traumatic incident narrated that they were deprived of everything they had on the day and had to beg in order to reach the match venue.

'We were robbed around 1.30 pm on the Bekwai-Fomena road on our way to Kumasi to pick a bus to Takyiman to officiate the league game between Ampim Darkoa Ladies and Lepo Ladies.

'The robbers first shot the tyre of a bus which was infront of our vehicle, hence our car and a truck were trapped in addition to the bus and they took all our belongings. They held us from 1.30pm to 4pm, before they allowed us leave.

'When we got to Kumasi we had to plead with a driver to spare us the fare due to what happened to us and when we were returning from the match venue we collected money from the teams to enable us get to our destination. The incident has made me confused,' Theresa Bremansu told Takoradi based Silva fm.

In the game itself Ampim Darkoa Ladies thrashed Lepo Ladies by six goals to one on Sunday.