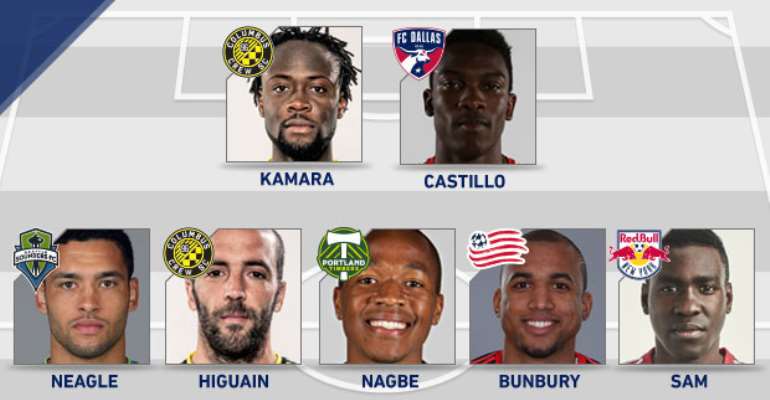 Lloyd Sam named in MLS team of the week

English-born Ghanaian attacker Lloyd Sam was named in the American Major League Soccer Team of the Week for the third time this season following his sterling show for New York Red Bulls over the weekend.

The 30-year-old former Charlton Athletic forward earned his berth in the team after excelling for Red Bulls in their 2-0 triumph over San Jose Earthquakes.

Sam continued his strong start under Jesse Marsch by setting up a goal and keeping San Jose's defense out of sorts all night as the Red Bulls won 2-0.

This is the third time this season that Sam has made the team of the week to show his critical form for Red Bulls in their season campaign.

Sam was born to Ghanaian immigrant parents in the United Kingdom and played seasons with Charlton Athletic in the English Premier League.

He has declared his intentions to play for Ghana should Black Stars head coach Avram Grant decides to hand him a call-up.

Ghana keeper Adam Kwarasey was named on the bench.