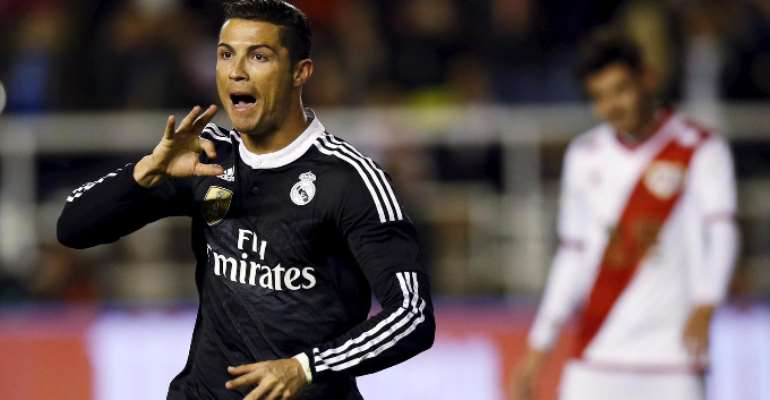 Real Madrid have appealed the yellow card shown to Cristiano Ronaldo for diving during Wednesday's 2-0 win over Rayo Vallecano.

The Portuguese received his fifth booking of the campaign, which would see him miss Saturday's visit of Eibar to the Santiago Bernabeu, despite appearing to be clearly brought down by Antonio Amaya whilst the score was still level at 0-0.

“Real Madrid will appeal the yellow card shown to Cristiano Ronaldo in the game against Rayo yesterday in Vallecas,” the club said in a statement on Thursday.

Real boss Carlo Ancelotti remonstrated with the officials after the match and described the decision not to award a spot-kick as “incredible”.

Ronaldo went on to score his 300th goal for Madrid in just 288 games for the club as the European champions remained four points adrift of Barcelona at the top of La Liga.