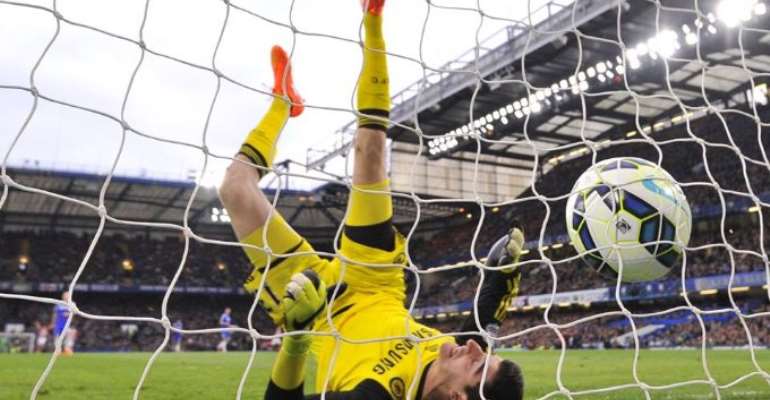 Chelsea responded from conceding a Charlie Adam goal from his own half and losing Diego Costa to a hamstring injury to beat Stoke 2-1 and move seven points clear in the Premier League title race.

The 20-goal striker, not considered fit enough to start, was introduced at half-time but lasted just 11 minutes as his fragile hamstrings forced his withdrawal in an injury which could have repercussions for the title race.

Jose Mourinho's Chelsea lead second-placed Arsenal by seven points, with Manchester United a further point behind in third, while holders Manchester City are nine points behind in fourth ahead of Monday's trip to Crystal Palace.

Chelsea's first Premier League title in five years and post-season victory tour are on course, but the Capital One Cup winners were severely tested by a Stoke side denied a first point at Stamford Bridge in 21 years.

Hazard's penalty was just Chelsea's third in the Premier League this season and first for five months, since the home defeat of QPR.