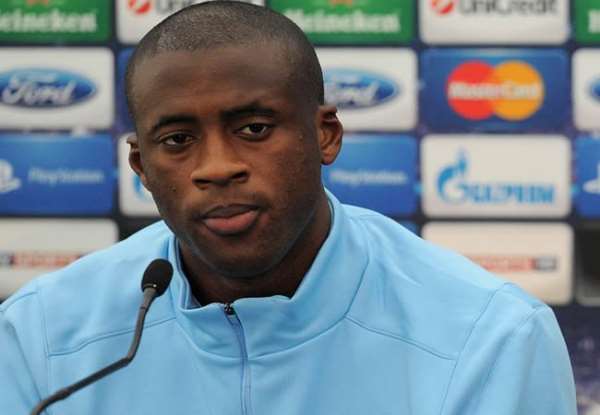 Toure, 31, is under contract at Etihad Stadium until 2017 but reports in Italy have suggested Inter are preparing an audacious 60m-euro bid for the Ivory Coast midfielder.

Fassone said: “Who doesn't dream of having a player like him? Toure would give our midfield line something that we are lacking.

“But his wages and City's asking price might be a big obstacle.”

Inter manager Roberto Mancini managed Toure at City between 2010 and 2013 and is thought to be keen on bolstering his squad, with stars such as striker Mauro Icardi, midfielder Mateo Kovacic and goalkeeper Samir Handanovic all the subject of transfer speculation.

“We are almost there with respect to Icardi's contract extension,” Fassone said. “We want to keep him just as we want to keep Kovacic.

We will evaluate with great care (their) eventual offers. “It's clear that if we want to sign three players (this summer) we will need to evaluate those that will depart. “Handanovic's renewal is an issue that we must resolve at once. We need to understand what he wants.

We cannot go into next season knowing that our goalkeeper's contract expires.”

'Pushing for nuclear power in Ghana is wasteful and ill-advi...
48 minutes ago