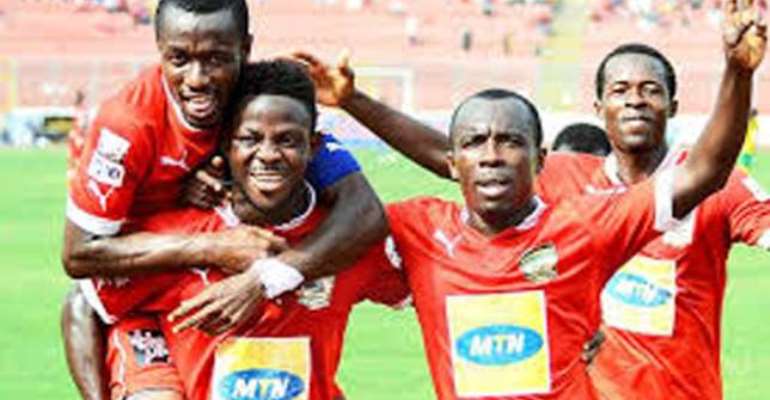 Kotoko carried on with their superiority over Liberty Professionals at home as they scored a goal past them on match day 12 of the First Capital Plus Premier League on Sunday at the Baba Yara Sports Stadium.

Ivorian import Ahmed Toure continued his goal scoring from by breaking the deadlock in the 3 minute of the game to register his 5 premier league goal.

The second half of the game failed to produce any goal, making Ahmed Toure's early minute goal to give the Porcupine Warriors the three maximum  points.

Former Berekum Chelsea defender, who now plays for Kotoko, Ahmed Adams was named the man of the match.

The turn up for the game was good and it is a clear indication that Kotoko are winning back the support of their teeming fans.

Liberty Professionals per this result have lost two consecutive league matches, because they lost their home game to Gt. Olympics prior to this fixture.

David Duncan is the brain behind the new good shape of the league champions, having gone four consecutive matches without a defeat and three wins on the trot in all competitions which is their best so far in the season.

The victory over Liberty Professionals is their first home win for Kotoko, since beating Inter Allies at the Baba Yara Sports Stadium on match day 4.

Kotoko have cut down the points gap between them and the league leaders Ashgold to 9, after the latter were beaten 1-0 by B.A United and the Porcupine Warriors are looking forward to give the Miners a real chase for the league title.