Rahim Ayew: Eldest son of Abedi Pele still dreams of playing along his brothers Jordan and Andre for Black Stars 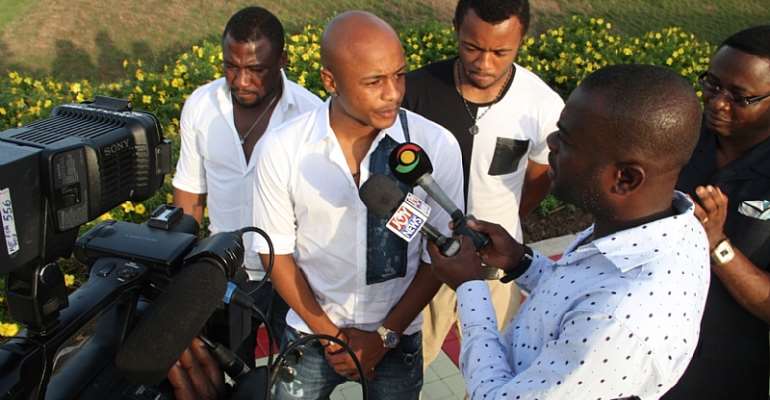 Abedi Pele's eldest son Rahim Ayew has revealed he still dreams of playing alongside his brothers Jordan and Andre Ayew in the Ghana team.

After playing for Ghana at the 2010 AFCON campaign in Angola, and marking his debut in 2009 in an international friendly against Mali, the bulky player has not managed to hold own his place in the Ghana squad.

But in an interview with a Kumasi-based radio station, he has revealed he still dreams of representing Ghana alongside his two players who are established names in the Ghana national team.

“Me and Andre have played together at the World Cup and the AFCON and some friendlies and qualifiers, but yet to play with Jordan. We have never played for the Stars so now my dream is to see the three of us playing for the senior national team,” he told Kumasi-based Ultimate Radio.

I am working hard towards that. I have not given up because while you are alive there is hope, so I will just keep my fingers crossed and work hard.” he added.

Rahim could return to Europe to relaunch his career after leaving Belgian Pro League side Lierse two seasons ago.