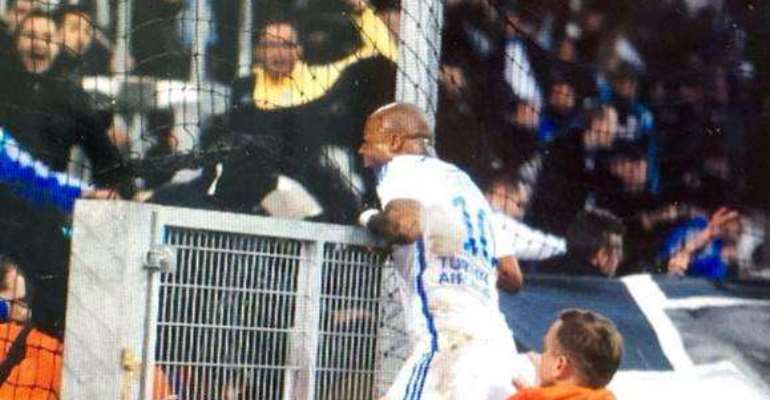 Abdul Baba Rahman had to endure a club defeat in his first game of the German Bundesliga after returning from international duty.

The Black Stars player who played a part for Ghana in the just ended 2015 Africa Cup of Nations travelled with his Augsburg club on Saturday to play Werder Bremen.

Rahman and his side travelled back home with nothing as Werder Bremen beat Augsburg by three goals to two.

Abdul Baba Rahman played in the entire duration of the game without a booking for his Augsburg side.

Kevin-Prince Boateng and his Schalke 04 side endured a defeat in the German Bundesliga on Saturday.

Schalke 04 traveled to play Eintracht Frankfurt but failed to take anything out of the game as a goal in the second half of the game from Lucas Piazon gave the home side a 1-0 win.

Kevin-Prince Boateng played 79 minutes of the game without any troubles as his fitness continue to peak after his long sideline from the game due to an injury.

Schalke 04 are currently in forth position on the German Bundesliga log with 34 points from 21 games.

Andre Ayew returned to the French Ligue 1 with a bang after impressing at the 2015 Africa Cup of Nations with his Ghana side.

The Black Stars assistant captain was named in the Olympique Marseille squad that played Reims at home in the league on Friday night.

Ayew scored to put Marseille 2-1 up after Dimitri Payet had cancelled Nicolas De Preville's opener but a very late goal from former Liverpool striker David Ngog ended the game at 2-2.

Adre Ayew played in the entire duration of the game for home side Olympique Marseille.

Wakaso Mubarak also missed out on a return to playing in the Scottish Premier League after the 2015 Africa Cup of Nations.

The Ghanaian was not involved as his Celtic club travelled to play St Johnstone. Celtic won the game by two goals to one with Leigh Griffiths and Stefan Johansen scoring the goals for Wakaso's club.