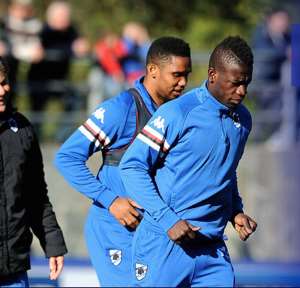 Sampdoria new signing Afriyie Acquah trained with his new teammates on Thursday afternoon ahead of this Sunday's visit to Chievo in the Italian Serie A.

The Ghana international passed a medical in the morning at Laboratorio Albaro in Genova before moving straight to Mugnaini to meet head coach Sinisa Mihajlovic.

Acquah who has joined the Blucerchiati on a six-month loan deal from German Bundesliga side TSG Hoffenhiem.

The 23-year-old had been on loan Parma for the past 18 months before being named in Ghana's AFCON squad.

His performance at the Nations helped Ghana to finish second, losing in the final on penalties against Ivory Coast.