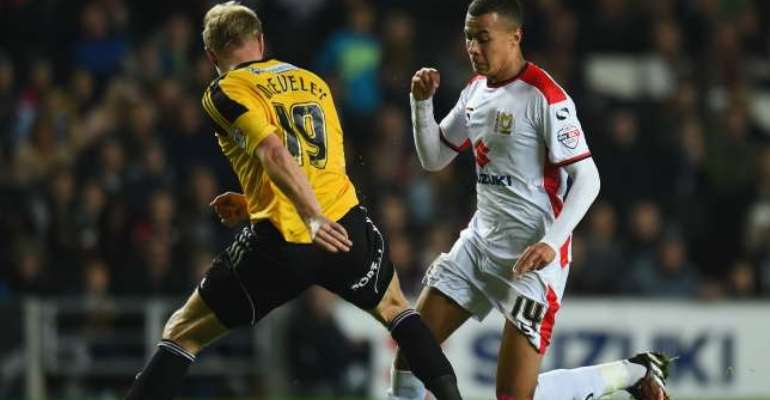 Tottenham have completed the signing of sought-after MK Dons teenager Dele Alli and allowed the midfielder to remain with the League One club until the end of the season.

Alli has been an instrumental part of an MK Dons team has risen to second in League One this term, scoring 12 goals in 32 games across all competitions.

The 18-year-old has been courted by several Premier League suitors, with Newcastle United at one time thought to be leading the race for his signature.

However, it soon emerged that Tottenham were the favourites to secure Alli's signature and he has penned a five-and-a-half-year deal at White Lane.

"It's a massive club and I'm really happy to be here," he told the club's official website.

"I'm really looking forward to meeting all the lads and getting to work with the manager. It's a dream come true.

"I'd love to play for Spurs and at White Hart Lane.

"It won't be easy and I'll have to fight for my place in the team but I'll work hard to do that."