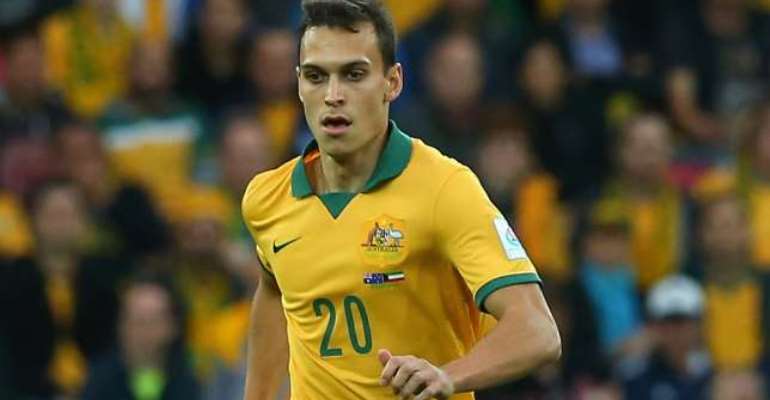 Defender Trent Sainsbury says Australia will not be underestimating United Arab Emirates in their Asian Cup semi-final on Tuesday.

UAE stunned Japan on penalties in the quarter-finals to book their spot in the last four and earn a shot at a first appearance in the final since 1996.

Striker Ali Mabkhout was allowed to net a crucial early goal in the 1-1 draw against Japan and Sainsbury is adamant the Socceroos will not be making the same mistake.

We'll go out there with 100 per cent knowledge of what they"re going to bring at us and we"re going to be ready," Sainsbury told reporters in Newcastle on Sunday.

We"re not going to take anything for granted, we know they"ve got a good strike force and it"s probably their main threat. We"ll study the tapes and the coach will have us prepared."

Al Ain midfielder Omar Abdulrahman has starred for UAE at the tournament and Sainsbury knows the Socceroos will need to nullify the playmaker's influence on Tuesday.

He"s a great player, we"ve seen the talent he"s got so we"re going to have to keep a close eye on him, he said.

Obviously one man can"t win you the game. They"ve got a great team unity and you see the fans are just as passionate as the players. We"re going to have to be on top of our game to win.

The venue for the semi-final has come under fire in the lead up to the match with just 23,000 fans able to witness the clash at Hunter Stadium.

Some have called for the match to be moved to the larger ANZ Stadium in Sydney but Sainsbury dismissed suggestions the Socceroos would lose an advantage.

It doesn"t bother me. As long as we"re going out there on the pitch and giving 100 per cent for the fans and the badge. The boys are going to give their all, it doesn"t matter where we play, he said.

At the same time UAE will have had a lot of fans there as well so it doesn"t really bother us.

You"ve got a ball, you"ve got a pitch. We"re going to go out there and get the win.