I don't think countries have applied to host AFCON 2015- Famhy 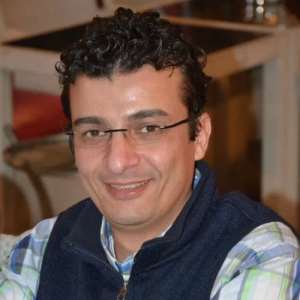 Egyptian Sports  Journalist Amr N. Famhy has casted doubt over the Confederation of  Africa football's claim it has received applications from more than one  nation with regards to hosting the next year's AFCON following Morocco's decision to relinquish their hosting rights.

. But Egyptian Sports  Journalist Amr Famhy doubts  any country has shown interest in hosting the tourney after CAF's knee-jerk attempt to have Egypt accept the hosting rights.

"Am surprised that CAF did not name the countries that are interested ,saying that okay we have some countries  who are interested and not mentioning them raises doubt, because  only yesterday CAF chairman, Issa Hayatou and his  General secretary  Hicham El Amrani , both met the Egyptian Sports Minister ,Halid Abdul Aziz in Cairo and tried to convince him  that Egypt can host the tournament, but the Sports minister rejected the offer and insisted Egypt will only welcome  the 2017 edition, so if you really have countries who are interested why do you run to Egypt and ask them to stage the tournament?" he asked in an interview with the BBC.

Media reports  on the continent have it that Nigeria, Angola and Gabon could be in the running for the 2015 AFCON hosting rights. Gabon and Angola are widely thought to be financially placed  and also might find the offer even more appealing because both might not qualify for the showpiece per where they stand on their respective qualifying logs.

Nigeria despite the experiencing a mild form the  Ebola outbreak ,  have been declared Ebola free and pundits point  to the fact that the West African Nation can do a good job at hosting  the 3-week tourney -given their  Sports infrastructure complimented   recently with the opening of a magnificent Akwa Ibom Stadium in  the Oyo state.

Meanwhile,  the Confederation of African Football is likely to announce  the new host  or the future of the competition at its Emergency Executive committee meeting  in Cairo, Egypt later today.  Story by Ghana/Joy Sports/George Addo Jr.