Use IMF Bailout To Save Economy From Further Troubles – Nduom 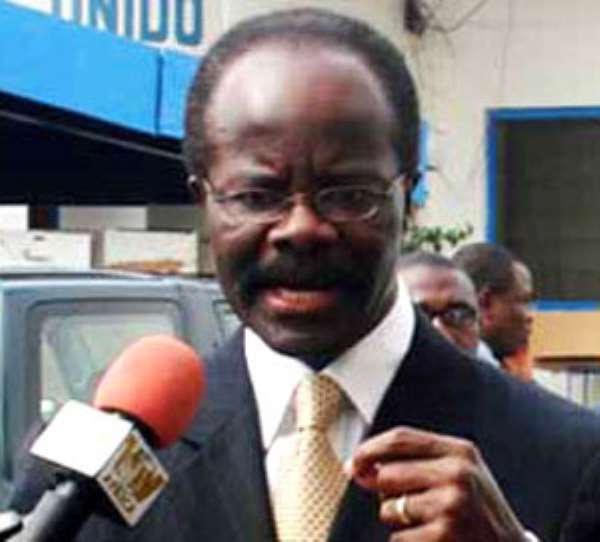 The government's decision to go to the International Monetary Fund (IMF) for a bailout is an indication that it has reached the limit of its ability to manage the economy, the 2012 presidential candidate of the Progressive People's Party (PPP), Dr Papa Kwesi Nduom has observed.

He, however, said the decision would give the government the opportunity to save the economy from further troubles.

He, however, expressed misgivings about the ability of the government to work within conditions that would come with the IMF bailout as governments over the years had failed to adhere to promises made to the Bretton Wood institutions.

He observed that the country had become notorious in the international community for failing to stick to the terms of various forms of assistance given it by the IMF and donor countries, only to return for more assistance.

'We make promises that we will do this and that. We will do better… then we get the money from the IMF and all the other funds also come in, then we get happy and forget the reason we went there in the first place,'he said at a press forum in Accra on Tuesday.

At the event which Dr Nduom said would be his last press engagement this year, he addressed a wide array of issues on education, the economy, energy and his political future. Ghana and IMF journey

Currently, a government team, led by a former Finance Minister, Kwesi Botchwey, is expected to conclude possible bailout talks with an IMF team by October 17, 2014.

'The secret is that our government is looking for credibility that will open doors for disbursements that have not been flowing,' he said.

In 2013, Ghana received close to 16 million Euros from the European Union for sector budget support for the Ministry of Health and general budget support under the the country's multi-donor support framework.

But the EU, for some time now, has not been willing to release the funds, a situation that prompted President Mahama to recently make a passionate appeal for the release of the funds.

Dr Nduom indicated that the only reason for which donors would freeze their assistance was part of that 'when money is not coming it means they are dissatisfied with certain aspects of the Ghanaian economy and society, and they were looking to the government for a change.'

He said over the years various governments failed to implement some benchmarks that were part of the performance criteria for the programme.

He said at this time, the nation should be kept informed about what the government was promising the IMF so that all Ghanaians would know what they are putting us into and for accountability purposes.

Dr Nduom, however, said if he were in the shoes of President Mahama, he would not have gone for the IMF programme but rather prioritised what was in the state kitty for development projects.