2015 AFCON: CAF approves Casablanca as the venue to Ghana's clash against 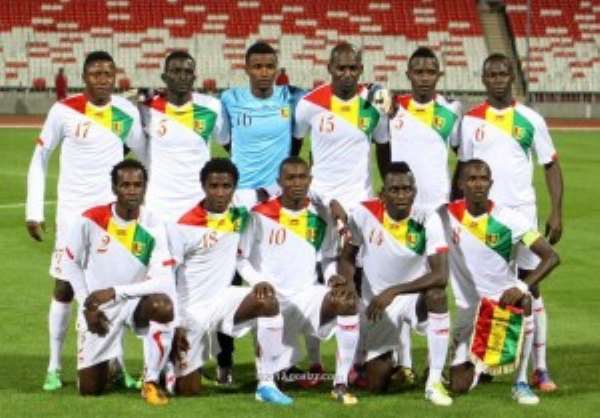 The Confederation of African Football (CAF) has approved the Moroccan city of Casablanca as the venue for Guinea's home match against Ghana in next month's 2015 Africa Cup of Nations qualifier.

As revealed by Ghana's leading football news outlet, www.ghanasoccernet.com on Saturday the 11 October match would be played in Casablanca which has now been confirmed by CAF.

CAF's executive committee decided on Saturday that bans on Guinea, Liberia and Sierra Leone hosting any international matches because of fears of spreading Ebola will be maintained.

The three west African countries – at the epicentre of the outbreak of the highly contagious disease – had originally been banned from hosting all games until mid-September but that has now been extended indefinitely, CAF announced.

CAF according to information pieced together by GNA Sports has approved the venue for the match scheduled for the Mohammed V Complex Stadium on Saturday, October 11.

The Black Stars are sitting in second place on the log with four points from a possible six while Guinea are third on three points.

The last time both met was at the 2012 Africa Cup of Nations in Gabon and Equatorial Guinea where both teams picked a point each in a group stage match.

This means Guinea's clash with the Black Stars scheduled for 10 October will be played at a neutral venue robbing the Sylli National from getting home support for the game.

The match is expected to played in Morocco where Guinea played their previous match against Togo this month.

The Syli Nationale were 2-1 winners over the Hawks of Togo in their Group E opener earlier in the month.

We stand with Ayine against judicial tyranny, plans to gang ...
3 hours ago