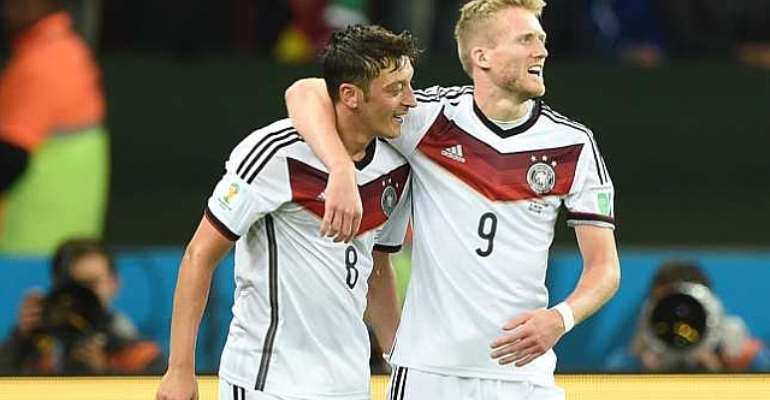 Germany will square-off against France at the iconic Maracana Stadium in Rio de Janeiro with a spot in the FIFA World Cup semi-finals up for grabs.

France have impressed throughout the tournament thus far, topping Group E and scoring 10 goals en route to the quarter-finals.

While France coach Didier Deschamps is able to call upon some of the world's best players, German winger Schurrle - scorer of the opening goal in Germany's 2-1 win over Algeria in the last-16 - was quick to warn of his side's quality as they attempt to reach their fourth consecutive World Cup semi.

The Germans have also secured semi-final berths at the past two European Championships in 2008 and 2012.

"They have a lot of quality and can create goals from any situation. We know their strengths, but we also know ours."

Schurrle added: "It's a childhood dream to be at a World Cup here in Brazil. Now we've got to show what we"re made of against France in the quarter-final.

"Anyone would love to be part of a match like that."