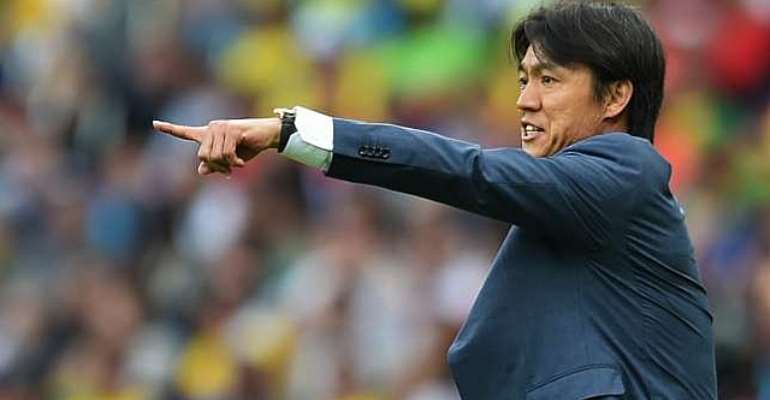 But the KFA have turned down Hong's request to leave his post - despite Korea's failure to reach the knockout phase for the first time since 1998 - instead persuading the 45-year-old to remain in charge until the Asian Cup in Australia after shouldering the blame for the team's poor display in Brazil.

Speaking at a news conference in Seoul on Thursday, KFA vice-president Huh Jung-Moo said: "The national team promised to show hope to fans in Brazil but returned with bad result.

"We apologize for this and accept all blame [and we plan] to use them as foundation for improvement.

"However, we cannot point this to personal responsibility of coach Hong Myung-Bo. So we decided to keep trusting him. He already told us that he wants to resign after the match against Belgium and let the KFA president know his decision. But the KFA also feel responsibility about the World Cup. We persuaded him to lead national team well in the Asian Cup.

"Fans would know well about Hong's achievement for Korean football as a player and a manager. Although he failed to achieve our goal in Brazil at the World Cup, we expect him to produce a good result in the Asian Cup with the experience.

"All KFA staff including myself feel heavy responsibility and will try our best for improvement of Korean football."