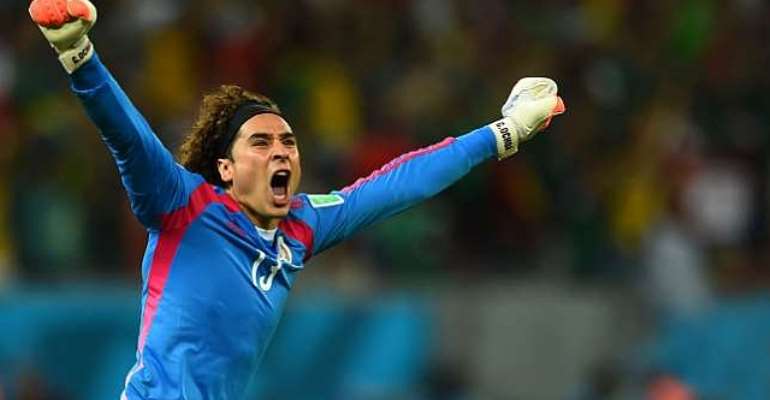 The Group A runners-up tackle the Dutch in Fortaleza on Sunday, with Louis van Gaal's men running hot after scoring 10 goals in three group wins.

The Mexicans were far less prominent when it came to goals, netting four as they picked up seven points, although they had not been beaten at the back for the opening 266 minutes of the tournament before Croatia's Ivan Perisic scored a consolation goal against Miguel Herrera's men.

And up against a Dutch attack featuring Robin van Persie, Arjen Robben and Wesley Sneijder, Ochoa said his defence must continue to be compact.

"I think the defensive line has been shown to be key, because in such a short tournament it is so important and essential to help you earn points, and to make a difference we must continue on a single line," Ochoa said.

"The team has seen and has been playing well, has grown and hopefully in the next game will continue to grow."

Ochoa feared the star-studded Dutch, but also warned the 2010 finalists to not be complacent against the Mexicans.

"It's a tough opponent, it will not be easy, we will give a good fight in all sectors and have to be very attentive and focused," he said.

"We've seen in the games they've played that have players that make much difference, versatile, strong, but we also play, we have our strengths and how we have been following them, they will have to do with us."

Striker Oribe Peralta said Mexico are giving themselves every chance, as they know the Netherlands are not certainties to win.

"Holland is not invincible, are like any other, we know we can win, this is team work, not of individuals," Peralta said.