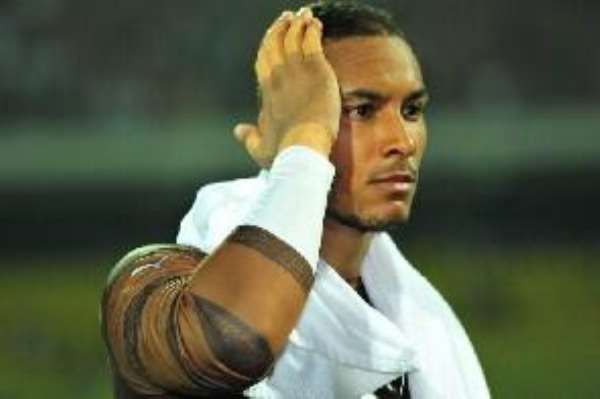 Ex-Ghana goalkeeper George Owu says the Black Stars coach must play Adam Kwarasey ahead of Fatau Dauda if they are to excel at the 2014 World Cup in June because of the latter's regular club action.

The Hasaacas shot-stopper, who has been touted as one of the goalkeepers for Ghana at the upcoming tournament in Brazil, says even though both goalkeepers are good Kwarasey hold the advantage because of his regular club action.

There is an intense debate over who should man Ghana's post at the World Cup with as Dauda was the first choice helping the Black Stars to qualify for the World Cup.

However, the lack of club action for Dauda at South African side Orlando Pirates has recently weighed against the ex-AshGold keeper while Kwarasey has been regular and the captain for Norwegian league champions Stromsgodset.

Owu believes Kwarasey's regular club action should give him the chance to start at the World Cup as he would be the sharpest among the two contending goalkeepers.

“The two goalkeepers are good, but Fatau Dauda has been warming at the bench of Orlando Pirates while Kwarasey guided his club to win the Norwegian league,” Owu said.

“Despite the fact that Fatau kept the post during the World Cup qualifiers, I prefer Kwarasey to him due to his regular club football action.”

Owu's performance at club level has led to calls from certain quarters for him to be included in the Ghana squad for the World Cup.

E/R: Teachers boycott class as unknown persons use faeces to...
45 minutes ago