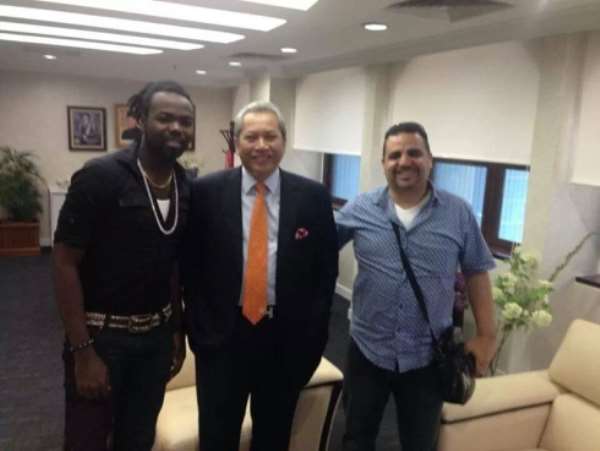 Though sports website Africanfootball.com reported that Tagoe will play for Kelantan soon, no official announcements has been made by the Kelantan Football Association (KAFA).

KAFA advisor Tan Sri Annuar Musa has confirmed that many agents have contacted him, and also uploaded a picture of him with Tagoe, but denies that any deal had been done.

Through his Facebook account, Annuar said “For the past few days, a lot of agents and players including Prince Tagoe, and a few more have contacted me. But nothing has been done yet. Taoge has returned to Ghana.”

Tagoe is free to join any team as his contract with Africain has ended. He also used to play for Hearts of Oak and Al-Ittihad.

Tagoe represented Ghana in the World Cup 2010, and at the age of 27 he still has a lot to offer and would seemingly be a good addition for the 2013 FA Cup champions.

Chaos during inauguration of Parliament unjustifiable – Bagb...
48 minutes ago

Bagbin declares NPP as Majority with Fomena MP
48 minutes ago