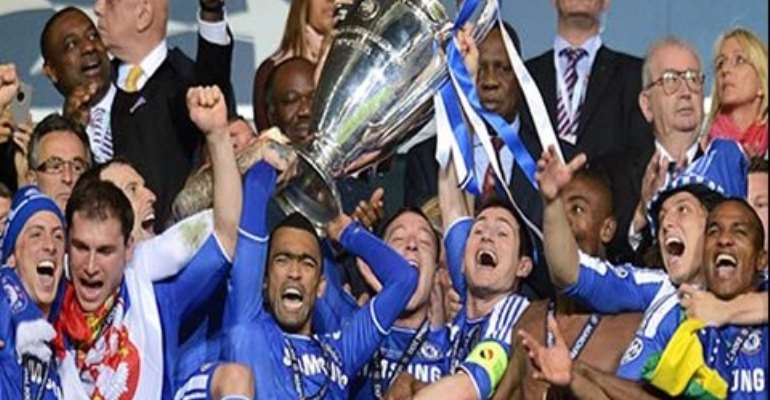 Former Vitesse Arnhem owner Merab Jordania is planning to buy the Dutch club again so he can end their relationship with Chelsea.

UEFA rules dictate two clubs with a shared owner cannot enter the same European competition and Vitesse have slumped from challenging for the title to fourth in the table. Only the two top in the Eredivisie qualify for the Champions League.

Jordania, Completesportsnigeria.com understands, lost control of the club to Vitesse owner Alexander Chigirinsky at the start of this season and was then banned from attending their matches for three years after allegedly sending threats to chief executive Joost de Wit.

Chigirinsky is friends with Roman Abramovich whom Super Eagles midfielder John Mikel Obi is said to be dating his niece.

Chelsea have sent a number of their youth players there in recent years to get first team football, though another Super Eagles player; defeder Kenneth Omeruo was on loan at another Dutch side, ADO Den Haag before making a return to the English last pre-season and subsequently earned a loan move to Middlesbrough.

Chigirinsky is now putting a consortium together to take control again and said: “Will I actually return? There are always discussions. If I find an opportunity to return, I will certainly not let it pass.”

Omeruo may be deemed not ready to assert himself in the first team plans of Jose Mourinho for next season and would have been a likely candidate for another season on loan-this team at the Dutch club where there seems to be no way of any such plans.

Chelsea players numbering up to 12,  according to several sources in England, are facing the axe of the Portuguese tactician who is set to make adjustments to his squad next term as UEFA bares it's tooth with the enforcement of the Financial Fair Play Rule looming. John Mikel Obi has been touted as likely to call time on his eight-year association with the Blues .