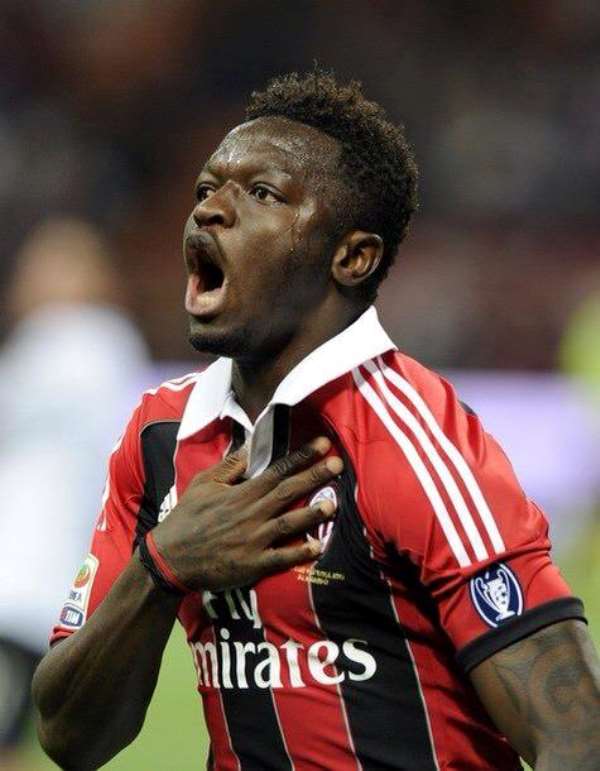 AC Milan ace Sulley Muntari has urged his team-mates to rally themselves to ensure they avoid recording their lowest League finish since the 1997-98 campaign.

Milan recorded a 2-0 win at Fiorentina on Tuesday but still lie 12 th on the table with eight games to end the season.

Clarence Seedorf men are eight points adrift of fifth – which yields UEFA Europa League qualification – Milan are in danger of recording their lowest league finish since ending the 1997-98 campaign in 10th.

However the Ghanaian international has urged his colleagues to keep their eyes on the ball to ensure that does not happen ahead of their home game against Chievo on Saturday.

“We're a united family and we have to keep on pushing on as we're doing. All of us have to make sure we're ready when the coach calls on us.

“We have to fight for this jersey, it's a part of who we are and this is our life.”

Seedorf took over at Milan from Massimiliano Allegri in January and picked up four wins in his first six league matches, before a run of one point from the next four dampened spirits around San Siro.