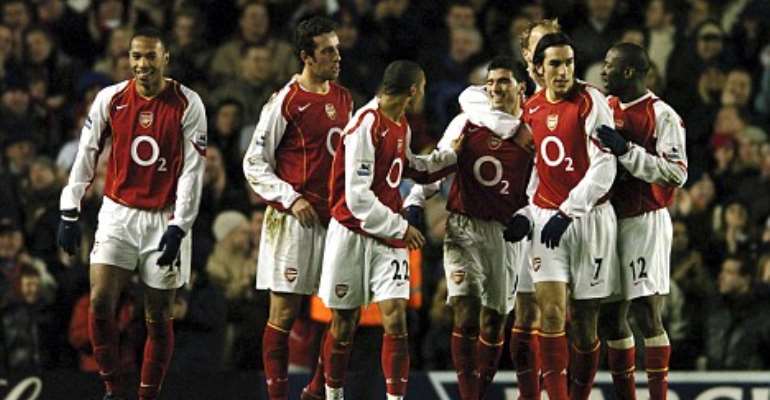 Arsenal was the first team in the Premiership to field all non English players against Crystal Palace on Monday, 14 February 2005 at Highbury during the 2004-2005 English Premier League season. Arsenal won the match 5-1.

Their team sheet included players from eight different countries, but not a single one from the United Kingdom. France had the most with six, followed by Spain with three, and the Netherlands with two . The other countries included Germany, Cameroon, Ivory Coast, Brazil, and Switzerland.